Cashing in on Pokémon Go with Signage for Your Business 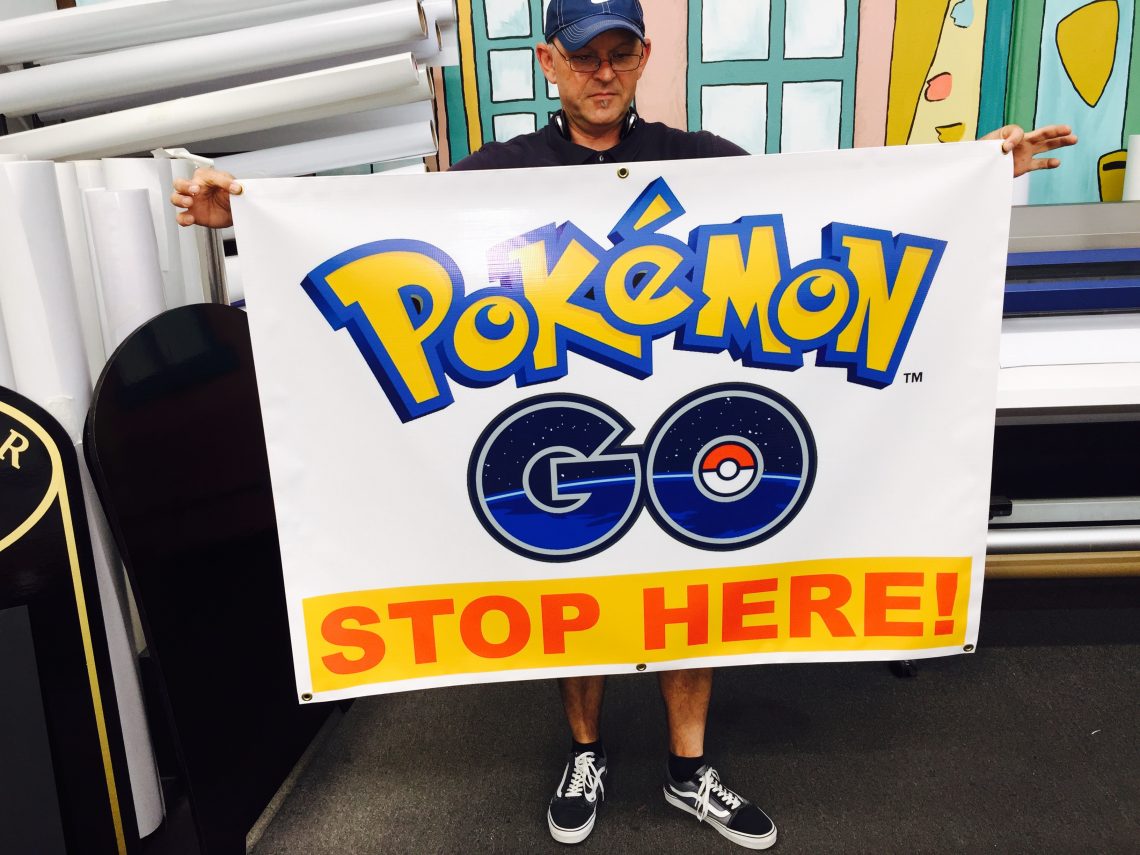 Imagine going out and noticing that somehow, overnight, the world seemingly became more populated. Hundreds to thousands of people are out and about, crowding stores, stopping in the middle of the street and wandering into the wilderness. It may look like some apocalyptic mayhem with both the young and old alike shuffling around town like zombies and then randomly shouting in excitement at something on their phones.

This is the new world— the world of Pokémon Go.

While the video game launch has had some negative consequences, for the most part, it has turned into a phenomenon that has drawn even the biggest introverts out into the community. The Pokémon Company managed to accomplish more through the Pokémon Go video game than any other company before. Individuals are exercising, meeting new people, and exploring their community— all of which has benefited businesses tremendously.

Through a game feature called PokéStops, players are drawn to specific public locations where they can stop and get goodies such as Poké Balls or Pokémon Eggs. Many of the real life locations are at the heart of community hubs.

Businesses are taking advantage of the craze by luring in game players using signs and other strategies. The Daily Brew coffee shop in Riverside, CA started a tip jar competition with one jar in front of a chalkboard sign displaying one Pokémon and the other jar in front of a chalk drawing of another Poké creature with the sign captions reading “who would win?”

Local restaurants are posting signs in the windows offering a discount if customers can prove what Pokémon they have and some businesses are even paying professionals to make Pokémon related signs to draw in gamers.

Even cooler, some companies happen to be a Poké stop themselves, including Farmer Brothers coffee in Orange County that used a banner from America’s Instant Signs to advertise that their restaurant was a PokéStop. Having this banner was an excellent way to take advantage of a significant trend happening all over the world and to bring in more people into the shop.

Being a PokéStop is a dream come true for business owners. Not only do gamers flood there to receive goodies, but if they use a game feature called Lure Modules, Pokémon are drawn to that location and where the Pokémon go, there the gamers will go also.

Who would have known that a video game would have such an impact on the community? Whatever the case, Pokémon lovers are definitely on the go and local businesses are the beneficiaries.