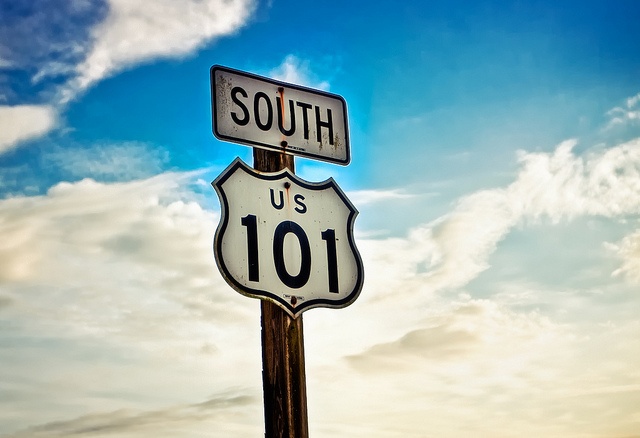 Formally State Route 1, the Pacific Coast Highway (PCH) is a famous California highway that runs along the coast and offers a breath-taking scenic drive for travelers. The road starts in Monterey and continues on until Morro Bay. Along the PCH you’ll see livestock grazing in rolling green hills, fields of wildflowers, ocean waves crashing along cliffs, and endless scenery.

The Royal Road, or the U.S. 101 South, is another well-known picturesque highway. The 101 runs from San Diego to San Francisco and is an access highway to many of California’s historic missions. When the 101 was first in existence, Orange County was mostly made up of the small, undeveloped towns of San Clemente, San Juan Capistrano, and Irvine. The San Juan Capistrano Mission is still standing and is a popular tourist spot, a reminder of the county’s rich history. 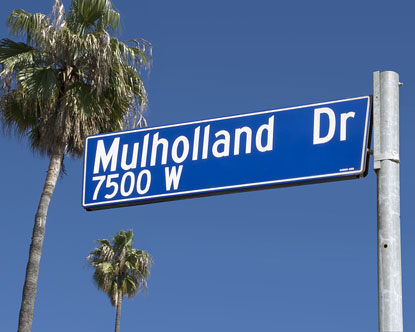 William Mulholland is a Los Angeles legend. The engineer, born in the late 1800’s, designed and helped establish the Los Angeles Aqueduct, which has provided the water supply necessary for L.A. to thrive. Mulholland Drive, which begins in Santa Monica, was named in his honor. The street views a number of historic Los Angeles sights, including the Hollywood sign.

In 1950, a film titled “Sunset Boulevard” premiered telling the story of a Hollywood diva unwilling to accept that her days of stardom are over. The classic film became iconic of Hollywood life and Sunset Boulevard, an actual street in Los Angeles, is an equally iconic stretch of road that is the hub of L.A. activity.

Another iconic Los Angeles street, Hollywood Blvd. splits off of Sunset Blvd. and features a number of L.A. attractions. In the 1920s, Charles E. Toberman utilized the road to bring his vision of establishing a theater district in Hollywood to life. Some of the theaters he was involved in establishing are still standing today, one of the most notable being the Grauman’s Chinese Theatre. 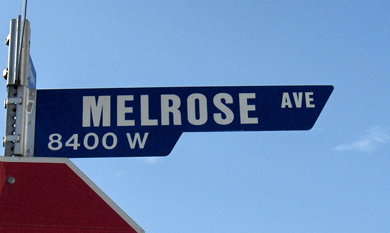 Known for its restaurants and entertainment locations, Melrose is another Los Angeles street, starting in Santa Monica. Plenty of shopping can be found off of Melrose, but what makes Melrose most notable is Paramount Pictures, one of the first film production companies to come into existence.

Although not an actual street, Main Street, USA has become one of the most famous streets in Southern California. The fictional road is located in the Disneyland theme park in Anaheim, Orange County. Main Street is the first themed area of Disneyland people see and is styled after America in the early 1900’s. Frilly and vintage signs line Main Street including a bold red sign for one of the larger souvenir shops in the park: The Emporium.

The Nevada portion of the 50 highway is often referred to as America’s loneliest road, but for road trippers, the drive is far from lonely. While some stretches of road can be lackluster and without much scenery, a lot can still be seen on the 3,000-mile stretch of highway. Route 50 spans across the U.S. from Maryland to Sacramento. Along the way, the road passes through the gorgeous Appalachian Mountains, the stunning Lake Tahoe, and plenty of other awe-inspiring scenic locations. The route also passes through numerous major cities.

When you think of San Francisco, if you aren’t thinking of cruising on the Golden Gate Bridge or the wild history of Alcatraz Island, you might be thinking of quaint historic houses in pastel colors clustered together along a steep road. Lombard Street is one of the most famous San Francisco streets that features those iconic, bright homes. The winding road is laden with landmark homes to check out and snap some cool photos of.

The infamous Route 66 is also known as Main Street but is definitely not located in any theme park. Route 66 was one of the first highways established in the U.S. During The Great Depression, Route 66 served as a lifeline for travelers headed to California in search of a better life. The route once spanned across multiple states but is no longer considered one of the main U.S. routes. Even so, Route 66 has not lost its allure and continues to draw in explorers in search of nostalgia— or maybe just a good old-fashioned American diner.

These California street signs are just some of the awesome signs that can be found in this state. Whether you see them online or better yet in person, these signs evoke a sense of adventure and wonder. Wherever you go, keep your eyes open; you never know what cool street sign you’ll see next.